Earlier this year I joined thousands of other websites protesting against PIPA & SOPA; laws being drafted to restrict freedom of expression. I initially thought this was my first direct experience with censorship, but in reality, I’ve been exposed to it for the past decade;

ever since I became a Muslim

I was raised Christian, even attending a convent school, but the nuns found my persistent questions tiresome, and, in lieu of answers, labelled me precocious. I concluded religion was for wimps. Fast-forward to my twenties when a non-halal roast dinner incident (that’s other story) revealed my ignorance about muslims.

I’m a curious type and wannabe know-it-all (yeah, I can see you warming to the nuns now…) so I read some books and found myself, again, asking questions. This time there were answers that made sense. I was as surprised as anyone. A year later, I took my shahada and converted to Islam.

With the new convert’s unflagging zeal, I devoured books to broaden my understanding. I’d exhausted my local library, so I moved on to Islamic bookshops and it was here that I encountered books that made me uncomfortable. I found chapters stating I should avoid contact with non-muslims; others informed me of the duties of a wife to her husband: seeking permission for everything, never calling him by name, never refusing his desires in bed… Then there were the books that claimed I should cover my hair, stop plucking my eyebrows and chuck out my CD player.

I recognised this wasn’t the Islam I knew and tried to quell the disquiet they caused me by attributing them to cultural differences that didn’t translate well. But it was more than that. Agendas were being pushed. Scouring the Qur’an for proof that I should be wearing a hijab I found only requests to dress modestly. This was puzzling. Was I missing something? All those women, suffering the summer heat, their heads swathed in fabric – they couldn’t all be mistaken!

Covering was originally a cultural trend pre-dating Islam. Today, young women are donning the hijab as a political and religious statement and calling it a “religious obligation”, to the collective despair of older women who rejoiced when they were finally freed of it. Islam recognised women’s rights centuries before the Suffrage Movement, but, in patriarchal societies, cultural conventions remain cemented, keeping them oppressed. How could the Qur’an, 1400 years ago, have forbidden women to drive? In Saudi Arabia a woman can still be jailed for attempting it.

Finding answers isn’t easy. I’m lucky to have educated muslim friends who helped me recognise the many faces of radicalism, and taught me to have confidence in my own reasoning, but not everyone is as fortunate. In theocracies, dictatorships and countries with low literacy rates, people rely on imams, sheiks and muftis to guide their understanding, despite Islam being a clergyless religion where no-one has authority to compel another to follow a religious directive. Many have no access to a Qur’an in their native language. While the ability to memorise and recite the entire Qur’an in Arabic is revered, earning one the title of hafiz, little weight is given to understanding its words. I was told a translation could never convey the true meaning, and I should concentrate on learning Arabic and perfecting my pronunciation. That puts an accurate interpretation of Islam beyond the reach of many.

Censorship is always accompanied by propaganda and the muslim world is saturated in both. Propelled by petro-dollars and the powerful political allies they buy, Islamist organisations pushing their “brand” have made it difficult for muslims to explore their religion, much less someone from a different faith. Dissenters are persecuted by radicals attempting to silence them. Just ask Hamza Kashgari, although that might be difficult; he’s currently in a Saudi prison for “blasphemous” tweeting. The censorious reach of radicalism extends into  democratic, secular and Christian countries. Salman Rushdie and Tarek Fatah regularly face its vitriol for voicing their opinions.

Today’s moderate muslims are stuck between a rock and a hard place. They’re viewed suspiciously by the West, thanks to the terrorism of extremists and the bureaucratic imposition of “political correctness”. But if we speak out to set the record straight, we face threats and condemnation by people claiming to be brothers and sisters in our faith. Silence is made to seem the only option. If that isn’t censorship, I don’t know what is.

Aisha Ashraf is a writer and blogger who converted to Islam ten years ago. She still struggles to equate the faith she researched with the one she finds in the world, and continues in her efforts to improve her understanding.

40 thoughts on “Censorship – muslims caught in the middle” 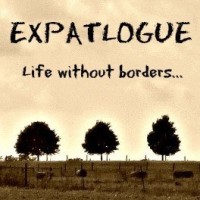